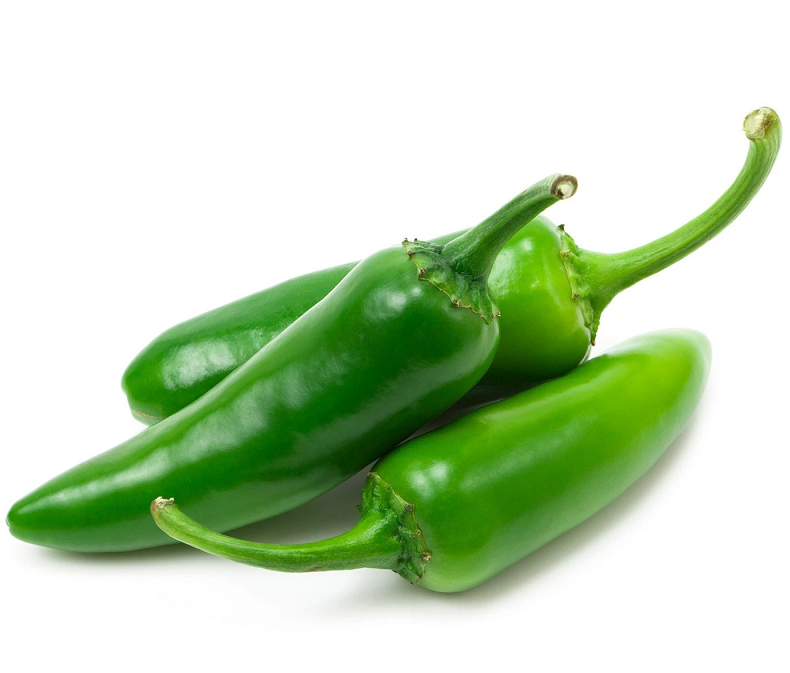 Dehydrated jalapeno peppers are available as powder or flakes/ dices. This pepper has a slightly sweet, fresh, crisp taste similar to a bell pepper, but with a high heat. Rated up to 20,000 Scoville heat units.

All natural, No ETO, and Non irradiated. These peppers are grown in China.

The jalapeno chile pepper is probably the most well known pepper in the world. The jalapeno originates in Veracruz, Mexico. Jalapeno peppers range from 8000-20,000 in Scoville Heat Units (SHU). They are pretty mild; hotter than bell peppers and milder than habanero peppers.

Dried jalapeno available in dried powder or flakes. The powder is from dried jalapenos that are ground to a fine powder. The flakes are similar to green bell pepper flakes but are from the dried jalapeno chile pepper.

They have no additives, preservatives and are processed in a “sanitary” environment. These are 100% all natural, and non-irradiated. They have also been tested, and are free of sudan dyes and aflatoxins.

All natural dried jalapenos peppers dices approximately 1/4″. Provides traditional Jalapeno heat, flavor, and texture to recipes. Can be used in numerous recipes requiring a sudden bite of heat. Can be rehydrated in water.